Eat more plants. The planet will thank you for it.

Shifting our lifestyles towards a more plant-based diet is one of the most immediate and impactful steps the modern person can take to addressing climate change. 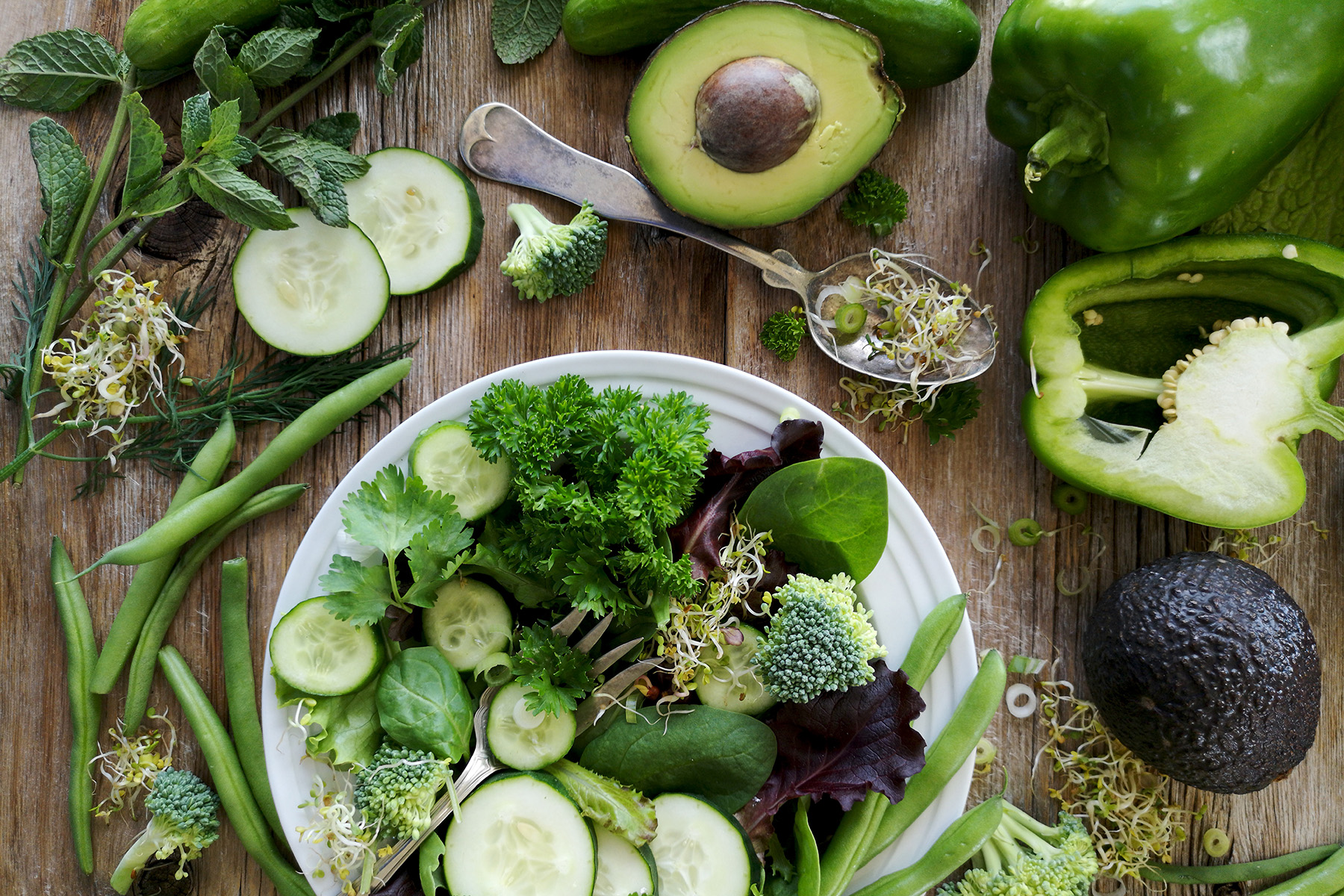 The four highest-impact things an individual can do to tackle climate change are eat a plant-based diet, avoid air travel, live car-free, and have fewer children. Of those four actions, only plant-based eating immediately addresses methane and nitrous oxide, the most urgently important greenhouse gases.

Climate change is overwhelming. In my opinion, that is a gross understatement. Report after report on increasing rates of extreme weather events and the relentless upward creep of global average temperature drive home the very real consequences of decades of reckless use of resources that have followed the industrial revolution. While it makes sense to be nervous about climate change, we can’t afford to let that nervousness become resignation. It doesn’t always feel like it, but there are actions that most people can take today that have a real, measurable impact on our planet. It all starts with what we are choosing to put into our bodies. As explained by our very own Dr. Jenna Bell in her recent blogpost, introducing a greater proportion of plant-based foods into our diets benefits both our health and our bank accounts. Given the carbon intensity of the meat production industry, it turns out that eating more plants and less meat will also be essential to turning the tide on climate change. While there is a lot that I could write on the science underpinning this assertion (see Resources at the end of this post), I would instead like to share my own experiences with vegetarianism and some thoughts in the hopes of lowering the barriers to entry for anyone considering reducing their meat consumption.

I would describe myself as a reluctant (and flexible) vegetarian. Born and raised in Zimbabwe, in a culture where meat was a non-negotiable center piece to every meal, I had no reason to entertain the idea of being a vegetarian until I moved to the United States for university. As I increasingly gravitated to the earth sciences, the proportion of my peer group who were devout vegetarians and vegans grew. Knowing that it would be a tectonic shift in my lifestyle, I diligently avoided looking too closely at the arguments for why vegetarianism made sense if you cared about climate. It was on a visit home that I unwittingly walked right into an ambush that forced me to confront this blaring inconsistency between my passion for climate justice and ardent carnivorousness. My sister, inspired by her boyfriend, had become a vegetarian. One conversation with her on her reasoning made it impossible for me to keep letting myself off the hook. So, my New Year’s resolution that year was to stop eating meat, and now, almost six years later, I am very glad that I made the choice. I won’t pretend that it was easy, and I cannot pretend that I don’t still miss meat. But was it worth it? 100%. I know all too well how difficult it can be to make that shift, so here are three pieces of advice that will hopefully ease the way for anyone considering this.

The self-imposed dichotomy between my diet and the hard-and-fast vegetarian lifestyle was one of the primary reasons for my initial resistance to making the change. In my mind, it was go vegetarian or go home; so when I gave up meat, I went cold turkey for several months. Eventually, I reintegrated fish as an occasional addition to meals, and would now more accurately label myself pescatarian or flexitarian. In retrospect, it’s clear that this simple allowance means that I am far less likely to ever go back to a meat-heavy diet. Give yourself permission to limit your meat consumption in a way that doesn’t make you feel like if you have one more bite of steak, you might as well scrap the whole thing.

There is a name for this philosophy: Reducetarianism. It is a movement that champions the realistic limitation of animal-based products for the sake of human and planetary health. The central tenet is that perfect should not be the enemy of the good; when it comes to a plant-based diet, this might mean Meatless Mondays or being vegetarian on weekdays.

Not all animal products are created equal

While reducing your meat consumption is the ideal first step in fighting climate change through diet, being intentional about the meat that you continue to include is another means to limit your impact on the planet. According to OurWorldInData, while beef production causes up to 100 kg CO2eq (CO2eq is a standard measurement of the equivalent mass of carbon dioxide released into the atmosphere, a proxy for warming potential) per kg consumed, chicken has an equivalent footprint of 10 kg CO2eq. This means that for every kg of meat consumed, beef causes ten times more carbon dioxide to enter the atmosphere than chicken. (See Resources below for online tools to calculate the carbon footprint of your food.)

For some people, this knowledge enables well-informed trade-offs to be made. One of my friends, for example, switched from being vegetarian to eating limited amounts of chicken, but cut cheese out of her diet completely (as cheese has a higher carbon footprint by mass than chicken). An alternative consideration is replacing at least some meat intake with plant-based substitutes such as Beyond Meat, or Impossible Foods.

Be open to this being a positive experience

When I initially became a hardline vegetarian, I focused a lot on the newly imposed limitations in my life. Doing the right thing was rewarding but didn’t totally fill the void that bacon had left behind. As time has passed, however, and this lifestyle has become second nature, a lot of good has come from this:

While it does feel like many of the forces at play on the global climate stage are outside of our sphere of influence as individuals, we all have some agency in the impact that we are having as consumers. As written by Jonathon Safran Foer “Changing how we eat will not be enough, on its own, to save the planet, but we cannot save the planet without changing how we eat.”